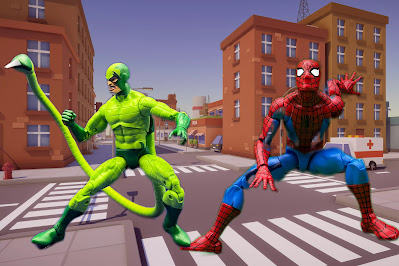 These guys sat in the preorder list for the back half of 2022 and finally showed up right before the holidays.  Big, big fan of both. Really great figures.

Not everyone loves the cel-shaded figures Hasbro is putting out for the 90's animated X-Men and Spider-Man cartoons, but I'm there for it, depending on the figure. I also, to be honest, need a modern comic-look Spidey with all of Hasbro's pines joint and articulation improvements, and it's generally agreed that unless you want to by a Spinneret, which I don't, this is the best Spidey you're going to get.

Classic look in the comic/cartoon red and blue, great articulation, plenty of hands, zero complaints. I mean, yeah, he comes with two web splats and no other thwipping webs, but I have plenty of thwipping webs from other series and expect I'll get plenty more once the Across The Spider-Verse wave hits.

With Scorpion, it's all about that tail. SO MUCH TAIL. A frankly insane amount of tail. I haven't measured it, but it's at least a foot of tail, totally bendy, and able to hold a bunch of shapes and poses. Add that to a standard very good Hasbro body in classic colors and it's another winner. Seriously, I know it's the perspective to a point, but ALL THIS TAIL. 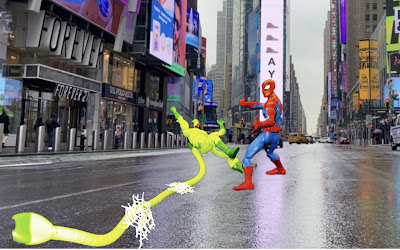