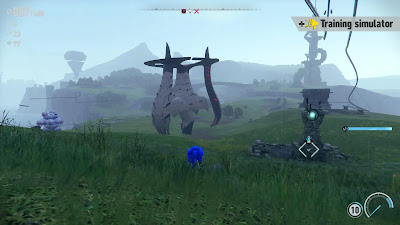 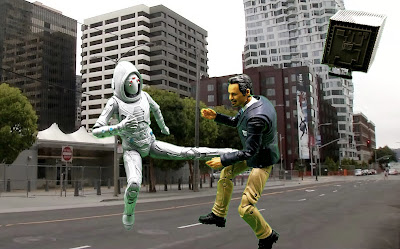 At this point in my 6” figure collecting, I’ve gotten most of the Old Stuff that I can. A lot of it is simply unreasonably priced on the secondary market (looking at you, Juggernaut/Colossus 2-Pack). But every once in a while I find out about a figure I didn’t know existed, and look for it, and it’s very reasonable.
And so it is with Luis. I got this two pack almost exclusively because of Luis and the miniature lab. The Ghost is a bonus. And I got it for the price of a single Marvel Legends figure, so that worked out nicely.
≈

Now that I’m moving away from Twitter, I’ll probably lean harder into quick but slightly fancier posed pics for new acquisitions, although we’ll see how that goes once the Black Friday impulse buys start rolling through in the next week.
Posted by Bryan Lambert at 11:27:00 AM No comments:

Nothing about this is really a spoiler, but I’ll put things after the jump if you’re being super-cautious about Wakanda Forever still.
Read more »
Posted by Bryan Lambert at 5:15:00 PM No comments:

Gonna find out today if Sonic Fromtiers is my Elden Ring. I know somewhere out there is an Elden Ring for me and I know it’s not Elden Ring.

There was a sale and I had a forgotten stash in the XBox wallet. This ensures that it will be on Game Pass by February. Looking at you, Guardians Of The Galaxy.

We Bought A Wave 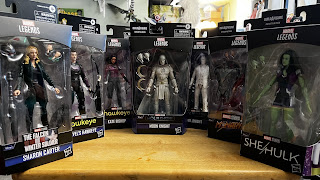 OK, full disclosure. This is technically not the third full wave of action figures I’ve bought since I got heavy into the six inchers a couple of years ago. It’s the third. But the first two don’t count.
Read more »
Posted by Bryan Lambert at 6:00:00 AM No comments: 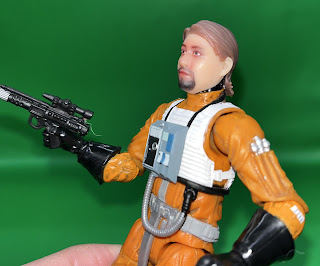 It’s Been A Busy Fall In A Busy Year

Whoops, looks like I haven’t posted (here) since the end of July. Lot of reasons for that. Some of which don’t go on the Internet.
The two big things that happened that will eventually be covered in this space? Well, for a few weeks before Labor Day, as those of you on Twitter saw, we went to the British Isles for a whirlwind tour. It was fun and tiring and I didn’t catch COVID somehow despite spending two weeks on a bus with like t50 couging elderly mostly unmasked people. Go Team N85.
Also, all year, we’ve been working on getting a solar + battery system installed in the house, which really kicked into gear right after we got back from the trip, took abou five weeks from start of installation to system activation, and then a couple weeks of rearranging the basement post-install. Which brings us, frankly, to about three weeks ago, during which I did some writing-and-not-posting and also Vampire Survivors came out and ate my brain.
So yeah, I’m gonna spend some time getting some posts ready and writing some more stuff now that the brain’s more up to it. I’m also embarking on two new figure photo projects soon, one minor and one… epic.
Posted by Bryan Lambert at 12:01:00 PM No comments: