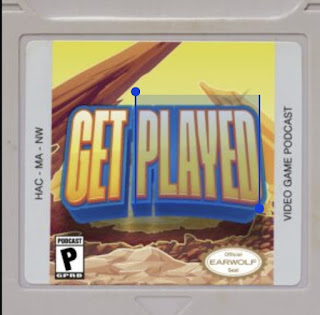 So, in the interests of content generation and also implementing ideas that have been kicking around my head for years, I present the first installment in The Loadout. Basically, for any given category of nerd shit, what nerd shit am I fucking with? And what better way to start than the one that changes the least often - podcasts.

What this means is that I have priorities for the times that I do get to listen to podcasts. So this Loadout will be grouped by priority.and ordered within that group also by priority.

This podcast started as How Did This Get Played, a How Did This Get Made spinoff about bad video games. This year, after realizing what a mistake it was to force themselves to play a shitty game every single week for a couple of years, they changed the format to a looser, more general gaming podcast. But that’s not important. What’s important, like most of the podcasts I listen to, is the conversation and interplay between three to four (this is a pattern you’ll see in this list that I’m honestly just realizing now) ucomedic hosts. In this case, Heather Anne Campbell, Nick Wiger, and Matt Appodaca.  Fun, funny, and since it drops on Monday’s it’s a great work-week starter.

Three comedy buddies (Ian Karmel, David Gborie, Sean Jordan) and sometimes a guest “fantasy draft” pop culture by picking their five favorite of whatever that week’s topic is, but if one person picks something nobody else can also pick it.

Again, it’s mostly a three to four comedy people shooting the shit podcast with a loose structure, which is kind of my jam

This is my wrestling podcast of choice, and while it’s not the unmitigated joy it was in its heyday a few years back, I can’t imagine a better progressive discussion of pro wrestling.

These are the podcasts I listen to most every episode of, but it’s when I get to it. When I’ve knocked out all the top tier ones and I have a day or two extra before another one drops, I catch up on these.

5: HOW DID THIS GET MADE

The classic, long-running bad movie podcast. Not much to say, really - if you don’t at least know it exists and what the premise is, you’re not into this kind of podcast.

Another classic - been around forever, been though some changes in the pandemic era, but still a constantly entertaining hour of conversation and weird movie-based trivia and parlor games.

7: WHAT HAD HAPPENED WAS

The weird outlier in my loadout. Mike Eagle does a long-form, multi-episode interview with a legendary hip hop figure  each season. It’s fascinating, and I learn a lot, but the finite nature of it means that logistically, as long as I finish each season at some point before the next one starts, I don’t fall behind. So it moves down the priority list.

These are podcasts I only listen to in specific circumstances.

Songs, demos, and short personal update podcasts drop in from time to time and I get to ‘em when I get to ‘em.

I really like Dan Van Kirk, mostly from his appearances on Doug Loves Movies. He and the Sklars talk about dumb news stories with a guest. It’s OK, but I’m burned out on certain aspects of it so I’m at the point where I only keep the episode if I know the guest and even then it drops down the priority list pretty far.

Email ThisBlogThis!Share to TwitterShare to FacebookShare to Pinterest
Labels: The Loadout