These have been sitting around waiting to be posted for a while, but the last batch of figure photos I did are more Dream Match pictures - “Alien Vs. Predator”.

The Alien is Kris Statlander, All Elite Wrestling’s former “Galaxy’s Greatest Alien”. one of my favourite AEW gimmicks and one of the Best Friends along with Orange Cassidy, Trent, Chuck Taylor, and for a little while, Wheeler Yuta. Statlander recently downplayed the alien part of the gimmick, to become “More Than A Woman”, but is still one of my faves. It’s her debut Jazwares figure from Unrivaled Series 8.

The Predator is the fucking Predator. Specifically, NECA’s recent Ultimate Jungle Predator, the classic first movie Predator, purchased because I wanted to take these pics (80%) and it’s important to have a good Predator in the collection (20%.)

So, we have a running clothesline… 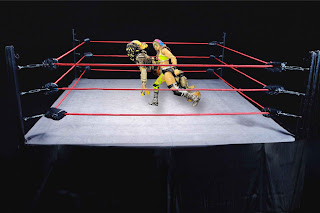 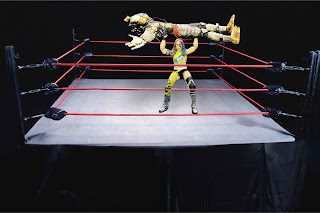 And Statlanders finisher, the former Big Bang Theory now the ______ Night Fever, with the night, I’m currently assuming, based on the day the show airs when she hits it. The scale difference of the two figs made this one a challening posing proposition but I managed. 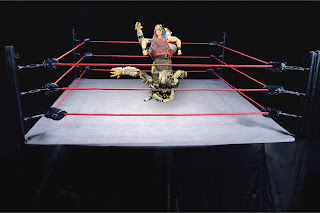 Next pics are in the planning stages but will depend on when some preorders hit my doorstep.